A network of bayous and shipping channels converge on Houma, creating a crisscross of busy waterways within the city. Many streets are two-lane avenues split down the middle by canals plied by small vessels, and the sight of shrimp boats docked just before their skippers' homes is as common as the family minivan parked in front of other American households. Houma is widely considered the de facto capital of deep bayou country, and here the many pleasures of the region's robust culture are easily accessible. The city is the jumping-off point for countless charter fishing adventures, birding expeditions and swamp tours along the ecologically rich wetlands stretching out toward the Gulf, while the Native American tribe of the United Houma Nation is headquartered here and hosts frequent cultural events. Boisterous Mardi Gras celebrations consume the city each year, while dance halls and restaurants showcase the region's Cajun heritage every day. 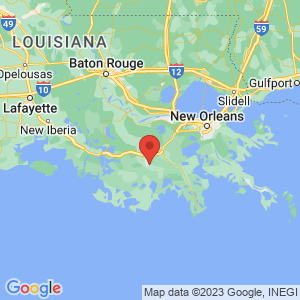