Founded by Spaniards in 1779 on the banks of Bayou Teche, New Iberia eventually became home to French settlers known as Acadians, who had been driven from Nova Scotia by British troops. The Acadians, who in their new home came to be known as Cajuns, imbued the region with their unique cultural traditions and cuisine. Today the area — which is home to world-famous Tabasco® brand Pepper Sauce and Jungle Gardens on Avery Island — is renowned for its food, music and festivals, which draw from the melting pot of Spanish, French, African-American, Lao and Creole heritage.

History is on display in the Bayou Teche Museum and at Shadows-on-the-Teche, an antebellum home once occupied by Union soldiers during the Civil War. New Iberia also is home to America’s oldest operating rice mill, Conrad Rice Mill/Konriko® Company Store. Also explore the Jefferson Island Rip Van Winkle Gardens boasting 15 acres of semi-tropical gardens nestled among 350-year-old oak trees and lake. You can explore the historic Joseph Jefferson Mansion which is open for tours.

In anticipation of the Lenten season each year, New Iberia throws a festive Mardi Gras celebration, with parades, balls and much revelry. Spring welcomes bibliophiles at the Books Along the Teche Literary Festival with a different Great Southern Writer featured annually. September brings the Louisiana Sugar Cane Festival, and in October, get ready for the World Championship Gumbo Cookoff. Whether dancing to a fiddle and accordion at a fais-do-do, or perfecting their culinary talents at year-round festivals, people in this area are dedicated to their signature slogan: Laissez les bons temps rouler! Let the good times roll! 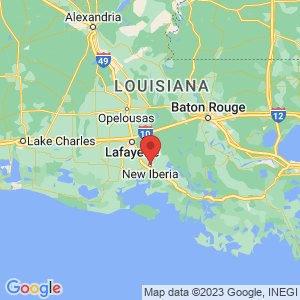